Joined Jul 31, 2017
·
4,172 Posts
OK. I figure InsideEVs will drop the Bolt sales estimate tomorrow. They have covered all the others of any significant interest, and they don't want to wait to do it over the weekend, when people may be doing other things besides staring at screens.

My totally unscientific guess, based on a seeming bunch of new forum members with newly purchased Bolts, is that August sales could be back up to the 2K car range.

Tesla didn't hit 3K sales until December of 2014. They did it again in December of 2015. Every year since then, they have left every other make, even new models, in the dust.
B

Joined 9 mo ago
·
178 Posts
If only there were some stats from Canada. The federal government came out with a pos rebate starting this past May. Some provinces have pos rebates. One province that I know of has an annual alotment of scrap car -> EV purchase incentives. I'm in BC and I took advantage of all 3 and ended up getting $16K off the purchase price.
I would suspect that this past summer saw a jump in sales in Canada.

Joined Jun 30, 2017
·
3,197 Posts
Anyone notice that worldwide sales are half of 2018 sales... and we're in September already? At this rate we're on track for 3/4 of last years world sales of EVs, which is a bit concerning considering many are expecting an explosion of EV adoption.

The 2nd highest sold plug-in vehicle in the US is the Prime, which is a hybrid. I bet if there were a plug-in crossover or even hatchback, it would sell in even greater numbers. There's untapped potential in the plug-in hybrid market.

Considering the current state of battery tech and charging infrastructure, plug-in hybrids probably make more sense to the larger automotive public.
► Show Full Signature
Give me absolute safety, or give me death!

Joined 7 mo ago
·
26 Posts
Chevy tacking on an extra $1k incentives this month (on top of an already crazy $5.5k) seems to indicate sales are...not good. With the extended range announced on 2020s and the quarter ending in 3 weeks, I'd guess a LOT of people will be getting sweet deals on 2019s.
G

redpoint5 said:
Anyone notice that worldwide sales are half of 2018 sales..
Click to expand...

Could you sight a source? Looking around, just now, I come up with this.

Do you have results for August? Probably slowing sales, but still ahead each month, through July.
G

Joined 7 mo ago
·
150 Posts
I noticed the $6,500 in Chevrolet incentives for September as well. Plus the $3,750 federal rebate expiring this month makes it a good month for anyone waiting to grab a bargain. Next years new EV's, while exciting, will be much more expensive possibly.

and dealers are willing to reduce the above Chevrolet rebate by discounts up to $5,500 themselves too I noticed if you negotiate. (just look at Donohoo Chevy in Alabama and their prices without haggling or BS rebates last month were $11k off msrp; and there are others I've seen online in various markets; so they can do it and still make money; there are obviously hidden kick backs out there from Chevy in certain markets).
Some states still have their tax incentives too for those lucky enough to love there.

Seems a good time to grab one if you've been waiting to purchase a Bolt.
It's too bad they arent being pushed more by Chevy, but that's the way it is as we transition to a whole new paradigm in the auto industry. People will eventually learn how great these cars are. Or not...
► Show Full Signature
Georgia. 2019 LT with all options. Cajun Red
Z

Joined 6 mo ago
·
5 Posts
Bought my 2019 Bolt EV LT near the end August (About 2 weeks ago), in Valencia CA, with about $11k off the MSRP including the $6500 Chevy Rebate and a very generous dealer cash offer.. So almost no haggling.. Now with $3750 Federal Rebate going away this month.. Should be a great time to get one

GJETSON said:
Could you sight a source? Looking around, just now, I come up with this.

Do you have results for August? Probably slowing sales, but still ahead each month, through July.
Click to expand...

Same source as every month, the Inside EVs sales scorecard. It shows YTD sales around 1.1M, and last year total sales were 2M.

US sales in July were down from the year prior, and sales for August are massively down from 1 year ago. This does not bode well, though most manufacturers still have their federal credit and have pledged to offer EVs. Maybe we'll all be buying Fords a couple years from now.

► Show Full Signature
Give me absolute safety, or give me death!

redpoint5 said:
Same source as every month, the Inside EVs sales scorecard. It shows YTD sales around 1.1M, and last year total sales were 2M.
Click to expand...

You are looking at global sales through July, which is still more than 50% of 2018's total. I too suspect global EV sales will be down for the year, because the car market in general is moving down. It will be more instructive to see which way the plugin percent of total market share moves. 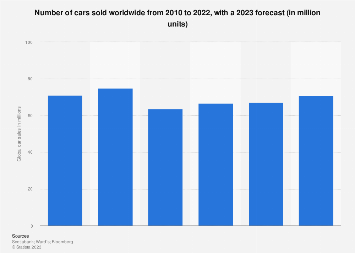 How many cars are sold each year? This statistic shows the global car sales from 1990 through 2019. Some 79 million automobiles are expected to be sold by the end 2019.

redpoint5 said:
Sales in July were down from the year prior, and sales for August are massively down from 1 year ago.
Click to expand...

As your own source clearly shows, sales globally were up massively in each of the first six months of 2019. Don't confuse US sales with global sales.

I'm not really concerned about a down year, as I expect plugin sales to increase in the long run.

...and yeah, I switched tracks there without properly signaling. I was talking about US sales in the 2nd paragraph. My point being that both US and global sales are looking down for the year unless big sales close us out. The US is on track for 300k this year compared to 361k last year, which follows the global trend of being down 15%.

EDIT: looks like Edmunds predicts US auto sales down 2% for the year.
► Show Full Signature
Give me absolute safety, or give me death! 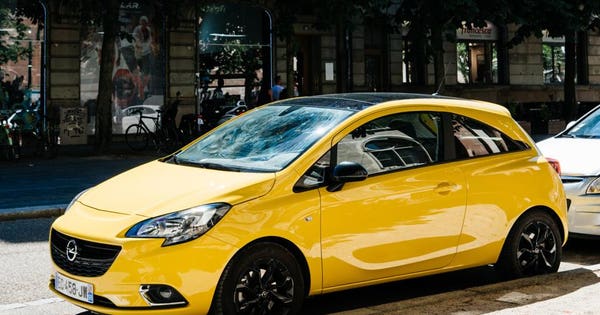 World Car Sales Will Fall More Than 4 Million In 2019; Report

The world car market is about to take its biggest hit since the financial crisis of 2008, according to a report from Germany’s Center for Automotive Research (CAR), with sales diving more than 4 million in 2019.
www.forbes.com

Joined Jun 30, 2017
·
3,197 Posts
Speaking of SUVs, Ford is expected to release their EV crossover in a year. Will be interesting to see how Model Y sales do with no federal credits left, while Ford enjoys the full $7,500.

https://electrek.co/2019/09/05/ford-mustang-inspired-electric-crossover-prototype-first-pictures/
► Show Full Signature
Give me absolute safety, or give me death!

redpoint5 said:
Speaking of SUVs, Ford is expected to release their EV crossover in a year. Will be interesting to see how Model Y sales do with no federal credits left, while Ford enjoys the full $7,500.

Yes. If Ford's Mustang labeled CUV, with VW/EA's amazing charging infrastructure, comes close to Model Y sales, we will be in a new era for sure.
G

Joined Jul 31, 2017
·
4,172 Posts
Since China is the worlds biggest auto market, I am going to guess that, even with reduced incentives, EVs will continue to increase their market share globally. 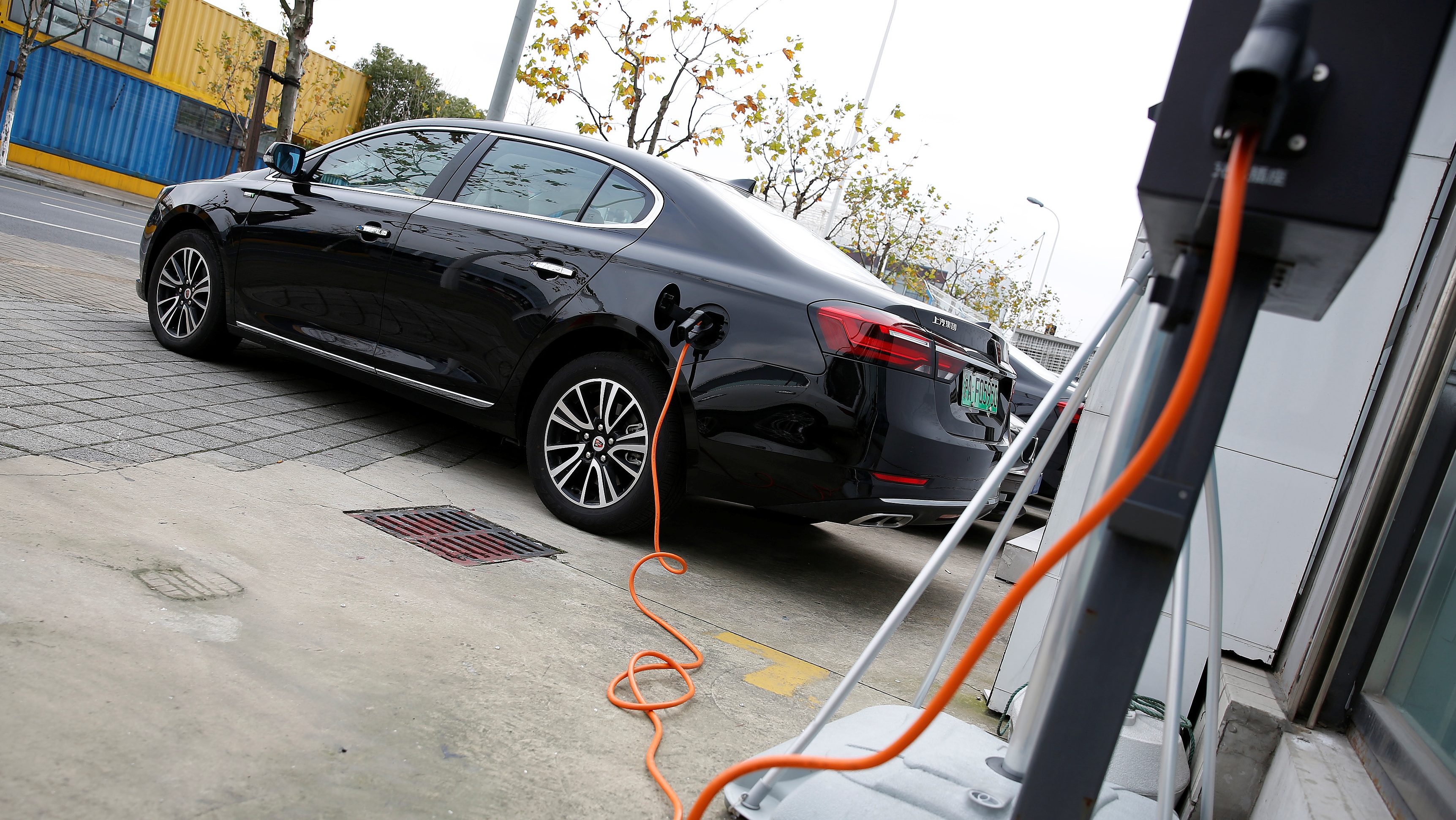 Sales of electric vehicles in China are finally slowing

After a two-year-long growth streak, the EV market, like the broader auto market, is taking a breather.

The US is in a unique position. My neighbors will be driving up and down our road in their pickups, and SUVs, on fuel made from fracked oil, pumped out of the ground at a lose to investors (future tax payer debt) until the asphalt melts.
B

Joined 7 mo ago
·
150 Posts
no, because i think technically the August Rebate went through 9/3 and the September one kicked in 9/4. They basically extended the August rebate through labor day weekend before starting the new one.