2020 Chevrolet Bolt
Joined 7 mo ago
·
1,967 Posts
Ran across a couple of contrasting articles about the challenges of EV charging infrastructure. The first is from Marketplace.org that discusses a wide range of scenarios and needs, from charging at home to public charging infrastructure to destination charging to colocating charging stations with amenities to price competition. 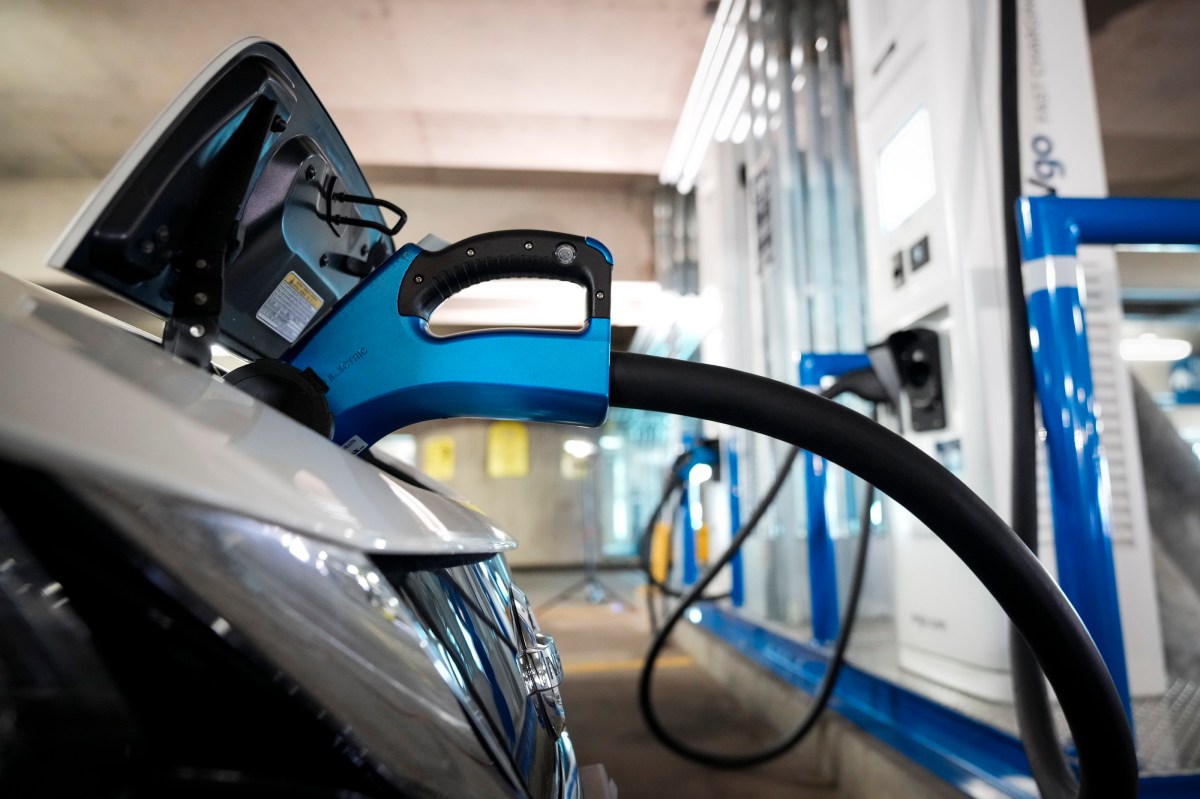 Where will we charge all those electric vehicles of the future? - Marketplace

President Biden wants to build half a million charging stations in the U.S. by 2030. But will most users be plugging in their cars at home?

The second is an opinion piece from Driving.ca that argues EVs will face significant challenges because the logistics of providing public charging infrastructure during peak demand (ie long trips on Labor Day weekend) are much too costly.

Motor Mouth: The (fantastical) numbers behind an all-electric future

MichBolt said:
The second is an opinion piece from Driving.ca that argues EVs will face significant challenges because the logistics of providing public charging infrastructure during peak demand...
Click to expand...

Good article. I agree with the premise, although I think the fact that most people will be able to start their journeys fully charged (and often start the return journey that way too) will reduce the extent of the problem at least a bit.

A similar issue is that as EV adoption increases hotels will eventually be expected to provide charging outlets for all its customers, and that could be a pretty substantial and costly upgrade.
J

Joined 3 mo ago
·
126 Posts
We (humans, Americans) tend to want to think of things in the extreme. It's either all EVs or no EVs. EVs work for a lot of people. They will work for a lot more people. They won't work for everyone... at least not right away. If I lived somewhere that I had to park on the street and didn't have access to charging at work, I would probably be in the market for a hybrid. Yes, there are people who do it... but we are talking about a more average set of drivers here. You probably wouldn't buy a diesel car if the closest station with diesel fuel was 30 miles from your home. However, I guarantee you there are people living with that scenario. It just isn't common... and most of us would say that it doesn't make sense.

The majority of EV drivers are charging at work or at home. More than half of them will never charge anywhere other than work or home. Most of them have another vehicle that is more convenient for taking long trips. This is the case with my household, as I drive the Bolt and have charging at home and at work, and my wife drives a gasoline minivan. We are waiting until there is an appropriate vehicle (probably a PHEV) for her to transition to.

I am sure I am not unique when I say that the first two questions I get about my Bolt are: 1) How far can I go on a charge, and 2) Where do I find a charging station. The first question is easy to answer. When I tell people that I charge at home or at work, they usually ask, "yeah, but what about if you want to drive to __?" But I don't drive to _. "Yeah, but what if you wanted to?" I wouldn't. I would use my other car or fly there. I had my previous car for 6 years and never drove it more than 100 miles from home. We use the other car for that. I commute about 30 miles a day. I sometimes drive more than that. I sometimes tow a small trailer to Home Depot. I can do that all in the Bolt. I don't need to charge in public. I never have. I probably will at some point, and there are lots of places to do that, but it's not something that I need to worry about... and neither do MOST EV owners.

This is something that is hard to explain to people, because they like to think of the extreme examples. Like I'm going to be driving from NY to LA twice a month or something. It's the same mentality that people have when they drive a huge truck every day because they need to pick up a sheet of plywood once a year.

Yes, I know some of you have to hit a DC fast charger twice a day, but that is not the norm. My FIAT had barely more range than my Bolt, so that would be similar to filling it up once or twice a day. That is not anywhere near normal for most people.

Now, to address the issue in the second article... I imagine that charging facilities will continue to pop up in places other than gas stations. I do think that gas stations will start to add EV charging as they start to see the writing on the wall, but as the article outlines, the wait time is too long to make that work. The more convenient scenario is to have charging facilities at rest stops and at restaurants and shopping centers. If you are spending 10-60 minutes charging, you'll probably be doing something else during that time. You and your traveling companions need to eat, pee, and shop. Shopping centers tend to have more electrical infrastructure already, so it is cheaper and easier to add EV charging. I run a brewery, and our building has 1,000 amps of 480v 3-phase, which is like 830kW. Adding a couple of 50kW chargers would be possible. A gas station probably has 250-400a 240v service, so more like 60kW to 95kW. Not easy to find an extra 50kW. If you're talking about a 350kW DC fast charger, forget about it! Go where the power is. Shopping malls and such are going to have more juice available to them. It's going to be easier to put chargers in those locations. Eventually, things will have to be upgraded so that charging stations can be installed in more convenient places. Demand charges for electricity will have to be mitigated... possibly with battery banks or solar arrays.

Things will improve. Just like they did with diesel fuel. Diesel cars used to come with a book that showed every place in the US that sold diesel fuel, because it was hard to find. Even back in the early 2000s when I drove a VW TDI, people used to ask me all the time where I bought diesel fuel. Now you can get it at most gas stations. It's not even something people have to worry about when they buy a diesel car or truck.

The fact that I could fast charge my car at Walmart while I picked up supplies and used their restroom is something I see as an advantage. I'm not tied to a "gas station" with gross bathrooms (if they even have any), and a bag of chips to eat. I can plug my car in and go sit down and eat real food in a restaurant. How will we find chargers? How will we know if they are available? These things are already being worked out in phone apps and infotainment systems. They will only get better. Eventually we will all be able to let go of the idea of going to a "gas station" and move on to something more civilized.
1 - 3 of 3 Posts
Join the discussion
Continue with Facebook
Continue with Google
or sign up with email
About this Discussion
2 Replies
3 Participants
Last post:
jmcbrew 1 mo ago
Chevy Bolt EV Forum
We’re the Largest Chevy Bolt EV Online Community and Owner's Club. Join to discuss sport mode, reviews, battery range and charging!
Full Forum Listing
Explore Our Forums
2017+ Chevy Bolt EV General Discussion Forum Charging and Batteries 2017 - 2022 Bolt EV Battery Fire Recall 2017+ Chevy Bolt EV Issues And Problems New Member Introductions
Recommended Communities