Would you still get the Bolt EV or the Ford Mach-E instead? 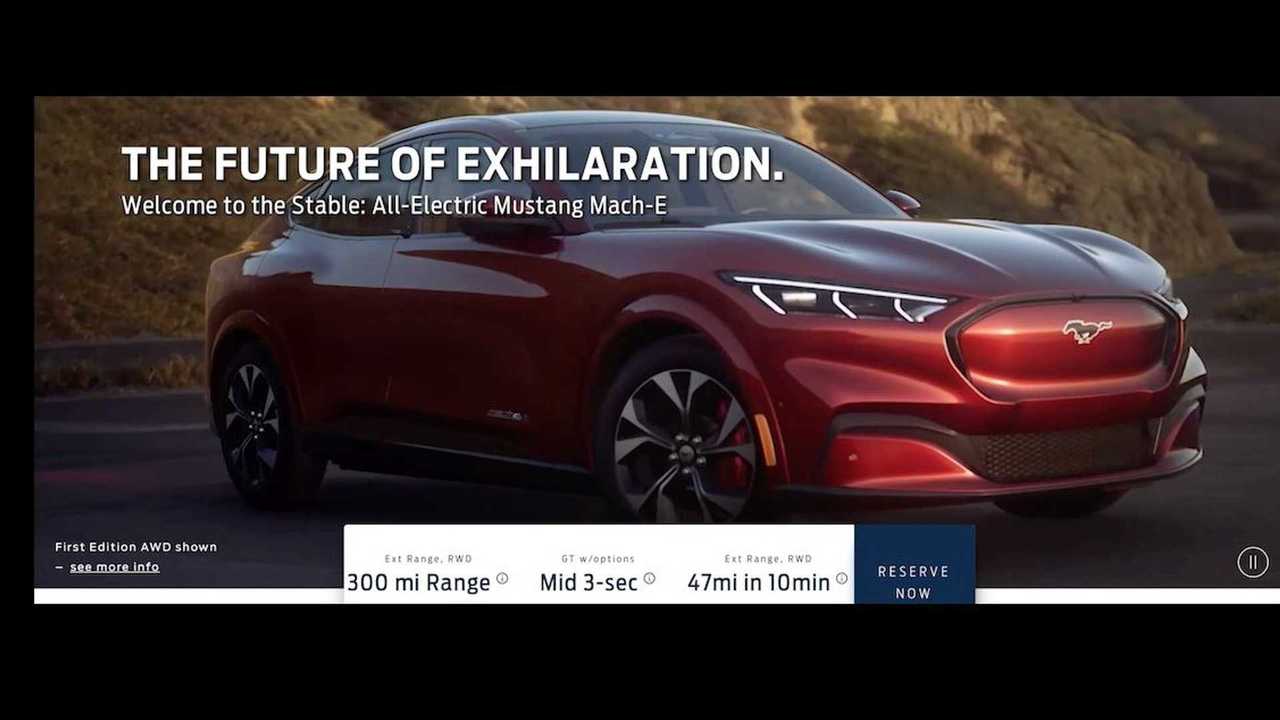 UPDATE: Ford Mustang Mach-E Revealed To The World Ahead Of Schedule

And here it is. The Ford Mustang Mach-E electric crossover. Revealed by Ford ahead of schedule. feast your eyes on this and check out these specs.

BTW, Ford should have licensed a Pokemon for the emblem... missed opportunity.

Due to arrive at dealers and in driveways in late 2020
Click to expand...

Who knows what will happen in a year's time, though? That being said, if that car was available now and if I didn't have a Bolt already I might have given the Select model a consideration.
► Show Full Signature
Range Anxiety?
Z

Joined Oct 7, 2018
·
1,085 Posts
It's been 13 months. Knowing what I know now .... to answer your question; Tesla M3.
However, I'm very interested in what Hyundai has coming in the next year or two or three. The software update before the last one added one pedal driving, take my money.
D

Joined Feb 4, 2018
·
474 Posts
If money was no object I would get either a Tesla M3 / M Y or a Mach E. The way I look at the mach E: For= Styling and 0-60 performance. Against=high Price compared to Bolt and even Tesla M3, no dedicated network like Tesla , probably still won't beat Tesla range, probably still won't beat Tesla's continuous updates after sale, definitely still won't beat Tesla's M3 0-60 (confirmed under 3 seconds now). So given 2 For and 5 against if I suddenly had a windfall I would go for a Tesla. For my current commute and financial situation I'm glad I got a bolt. I am still interested to see how GM responds to this product though!!

Joined 5 months ago
·
194 Posts
Sry but the MachE is very ugly. If it had a similar style to the previous Mustangs then I would say yes, but not to this monstrosity.

Joined Jul 31, 2017
·
4,065 Posts
I was just driving when the first Falcon-based Mustang came out. As a kid into real European sports cars, I considered it a joke. An SUV with Mustang styling cues is just sad. As an adult, my idea of the perfect car was a Honda Fit. Had the Bolt not come out, we probably would have gotten one in five years, when the wife's Corolla hit 200K miles.

Joined 6 months ago
·
128 Posts
No thanks. Not for that kind of money. I'll take Tesla and their 5-10 year head start on Tech and infrastructure any day for that price. Glad they're doing it, but they really aren't serious about selling many EV's at that price point. It's a start though.
► Show Full Signature
Georgia. 2019 LT with all options. Cajun Red

Joined Jul 31, 2017
·
4,065 Posts
Whatever confluence of events was responsible for a greedy, stupid corporation, like GM, to build and sell a sensible, long range EV, which could not be sold at a profit in the US at any reasonable price point, was a miracle that I don't expect to see happen again.

Joined 6 months ago
·
128 Posts
I forgot about the federal tax incentive Ford will have -$7,500. Have to keep that in mind. It does bring the base model somewhat closer to what seems reasonable in states with additional incentives.
► Show Full Signature
Georgia. 2019 LT with all options. Cajun Red
G

Joined Oct 31, 2017
·
285 Posts
I hope this EV is a success. None the less, I'd be hesitant in purchasing a first year of any model car. For the cost of the Ford, I'd have to consider the Tesla Y (after its teething problems are resolved), simply because of that company's great charging network.
► Show Full Signature
Rich
Cape Cod, MA/Green Valley AZ
M

Joined 7 months ago
·
420 Posts
Good to see Ford getting on board, but that's a bit big for me (that's what she said). I like the compact size of the Bolt and the higher seating position. As I get older, I appreciate that and don't want to feel like my butt cheeks are scraping the ground. If the Bolt had 50kW more power, I'd probably keep it until it died. It's just missing that extra oomph that EV's like a Tesla can provide. I think if the Bolt had 200kW instead of 150, it'd be more competitive. Still hoping some tuning company can unlock some kW but not counting on it as I think the fuse would have to be replaced at a minimum.

MikeyBolt said:
If the Bolt had 50kW more power, I'd probably keep it until it died. It's just missing that extra oomph that EV's like a Tesla can provide. I think if the Bolt had 200kW instead of 150, it'd be more competitive. Still hoping some tuning company can unlock some kW but not counting on it as I think the fuse would have to be replaced at a minimum.

Joined Jul 31, 2017
·
4,065 Posts
He is jealous of Tesla drivers who can stick their cars in the second story of buildings launching off a RR crossing, or dirt pile.

GJETSON said:
He is jealous of Tesla drivers who can stick their cars in the second story of buildings launching off a RR crossing, or dirt pile.
Click to expand...

Joined 4 months ago
·
47 Posts
It's a FORD. I would bet they are only making it for the CARB/CAFE credits to sell the crop of gas guzzlers without too big of penalties.
How has FORD supported, corrected, enhanced the Focus Electric since 2011? Yep. Nope.
Time will tell if they are serious about it. Marketing, sales, support, updates, enhancements will tell me if they are serious. Not holding my breath.
...Here's hoping my little Bolt LT lasts a long time for me...

Joined Nov 10, 2017
·
283 Posts
IFF the GT had a 300+ mile range would I pencil out a what if scenario where the Bolt flips for a Stang. As is, the Bolt is no slouch as it will hit the limiter (18 over the speed limit) while in the freeway acceleration lane. And it's mostly paid for and so far completely reliable. Staying with the Bolt, lets see what the next wave of BEVs (Gen III ?) has to offer.
► Show Full Signature
D-2274 Volt - gone but not forgotten
188005 2017 Bolt Premier
Midland, MI
"This movie (Dr. Zhivago) pulls so many punches and it STILL makes Communism look like the worst idea any human being has ever had"
S

Joined 2 months ago
·
41 Posts
Lurker for a while, bought my Bolt a little over a month ago. As you can tell by my username, I'm a Mustang fan. At least I used to be when younger, I haven't cared too much or paid much attention in the last 15 years. The Mach-E had me excited. But based on what I've seen so far, I'm underwhelmed to say the least.

The base model is $43,895, has less range than the Bolt, and has the same 0-60 as the Bolt. Really? It doesn't even have heated seats available as an option. Huh?

I'm not an early adopter, so I wouldn't be buying a Mach-E right off the bat anyway, but I'm not seeing anything to get me excited. In fact, it gives me new respect for what Chevy did with the Bolt in 2017, they knocked it out of the park three years ago compared to the Mach-E. And it gives me more respect for Tesla and where they are at with their vehicles considering the resources Ford has behind it.
1 - 20 of 100 Posts
Join the discussion
Continue with Facebook
Continue with Google
or sign up with email
Recommended Reading
Read More
Read More
About this Discussion
99 Replies
43 Participants
Last post:
cwerdna 7 days ago
Chevy Bolt EV Forum
We’re the Largest Chevy Bolt EV Online Community and Owner's Club. Join to discuss sport mode, reviews, battery range and charging!
Full Forum Listing
Explore Our Forums
2017+ Chevy Bolt EV General Discussion Forum Charging and Batteries The EV Lounge 2017+ Chevy Bolt EV Issues And Problems New Member Introductions
Popular Communities